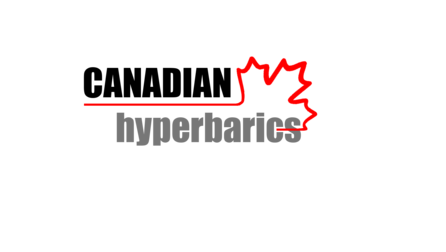 Despite the insignificant quantity dissolved in, and carried by the plasma under normal ambient atmospheric conditions, there is a tremendous capacity for the plasma to carry oxygen. In fact, there is enough potential for the plasma to carry oxygen that it is possible to sustain life even in the absence of the hemoglobin.
"Generally, arterial PO2 will continue to increase approximately 700 mmHg for each atmosphere increase in inspired oxygen. This represents an increase in arterial oxygen content of approximately 2 vol% for every atmosphere of oxygen, due solely to oxygen dissolved in plasma."
Fife CE, Camporesi EM.
Physiolgic Effects of Hyperbaric Hyperoxia.
In: Problems in Respiratory Care, Clinical Applications of Hyperbaric Oxygen. RE Moon, EM Camporesi (Eds.).JB Lippincott Co., Philadelphia   June, 1991; 4(2); 142-149 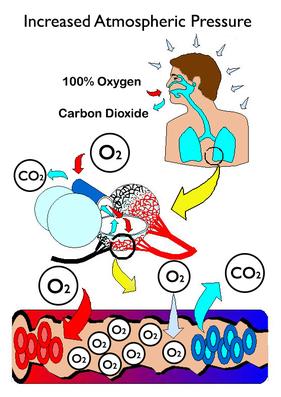 "Normally the oxygen content of the arterial blood is about 20 volumes percent and that of the venous blood is 14 volumes percent. Thus the difference in oxygen content between the arterial and venous blood is 6 volumes percent. According to Henry's Law the partial pressure of a gas in a given solution is directly proportional to the pressure impinging on the solution, i.e. the greater the ambient pressure, the greater is the amount of gas dissolved physically in that solution. Normally the amount of oxygen physically dissolved in 100 ml of plasma is 0.25 ml. breathing air at 1 ATA. Whenthe pressure is increased to 3 ATA and the animal is breathing pure oxygen, the physically dissolved oxygen in 100 ml of plasma will be increased to 6.6 ml, i.e. 26.4 times the normal value. This 6.6 volumes percent of oxygen in the plasma will be enough for a resting animal to live without red blood cells in the blood."
Wen-ren, L. et al.
Open heart surgery done under hyperbaric oxygenation at 3 ATA Proceedings of the Eighth International Congress on Hyperbaric Medicine.
Best Publishing Co., Flaggstaff, AZ 1984; 138-141